Getting Frenchified – A new term that’s happily happening to me.

The first week (re)learning French has been exciting for me. I’ve lost a lot of what I thought I knew but also remembered quite a bit. Feel quite positive at the moment, I’ve only had two lessions so far my next one will be today (later in the evening).

Last week Monday, I was nervous about getting started with my first French lesson. Whilst waiting on the platform at Southbury (my local) station I heard a Belgian girl talking about Belgium with her companion. I got talking with her and she mentioned that she was from Flanders and how I would like Vilvoorde if I go to Brussels. I would have liked to speak to her more but didn’t get her name or number!

Anyway, I’m determined to get more involved in French culture, aka getting Frenchified. I’ve been given a great opportunity by the Institut Français who have given me a free year membership along with my study of the language. I want to meet French people, talk French and feel more comfortable talking French. Right now, I don’t have the confidence to talk French to people (in particular natives) except for a couple that I am really comfortable with. I’ve kind of become involved with meetup.com, to meet and socialise with more French speakers. I’m also interested in socialising with Belgian people in London more. Going to try and find groups and people that I can meet 🙂

Regarding the Institut Français, I aim to make use of the cinema. To watch French films, The prime one is Timbuktu at the moment and its subtitled so should help. I also want to explore other ways of connecting with French people and getting involved with French culture there. If anyone can suggest other ways in which I could get more Frenchified please comment.

I’ve got to work on my numbers, and French grammer a little more. My pronounciation is not too far off.

I’ve met a French girl that lives just outside of London. She’s pretty cool and it’s interesting getting to know her. Hoping to see her some more 🙂

This week in images 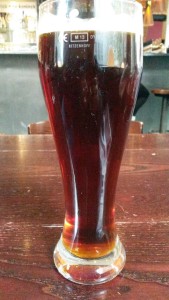 A pint of 7.9% Belgian beer from Belgos restaurant

A pint of 7.9% Belgian beer from Belgos restaurant. 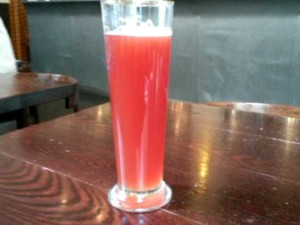 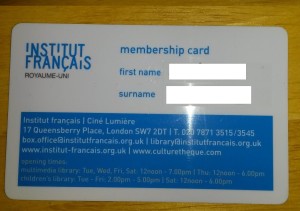 Happy i got my Institut Francais membership card!

Books for my french studies!

Books for my french studies! 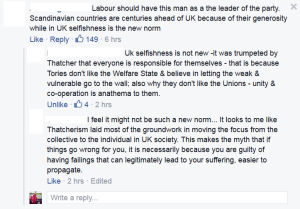 Why I want to leave the UK

Statements are that are too true.

I also ended up eating indian food at a restaurant for the first time that I can remember last week Friday. No snaps unfortunately.

Edit: I started writing this on Monday 15th and only published it on the 19th! I went to Brussels again on the 16th and so I will make a seperate post about my journey. Pics and videos to come! It’s been a hectic few weeks for me. Bit unusual and I’m not coping! 🙂

Out of interest I need some business cards. I have a very basic design, could do with a little tweaking but simple is best and all that. They are going to be used for a wide range of purposes from professional job app to more informal encounters. If you a designer please comment below or mail me using the contact form.

I’m also thinking of writing a Economic paper (my second after my university report) about the Economics of developing countries focusing on the continent of Africa. If I do, the paper would be published and released here.

This site uses Akismet to reduce spam. Learn how your comment data is processed.

RT @RealJohnWynne: I hadn’t noticed before but the two planned London Overground stations at #OldOakCommon had co-finance from the Connecti…
- Saturday Sep 11 - 4:55pm

RT @NIAbbot: These were everywhere near the cafe on the Serpentine. Hundreds of them on the ground. What are they? https://t.co/D7IiE9MYyA
- Friday Sep 10 - 10:23am

RT @johnvanreenen: How social sciences can help fight COVID-19 and build back better https://t.co/jp3IryVOnk @ImphalFreePress on @POID_LSE…
- Friday Sep 10 - 7:56am

RT @DanielHewittITV: “All members of the panel said they were not surprised by the recent investigation by ITV News that highlighted terrib…
- Thursday Sep 9 - 9:16pm

RT @DanielHewittITV: The documentary I’ve been making will be on your TV screens this Sunday. It spans our 6 month investigation into the…
- Thursday Sep 9 - 9:16pm

I find being a cartoonist exhausting, so imagine having a real job in a pandemic! | First Dog on the Moon https://t.co/ZKLwvQtZjr
- Monday Sep 6 - 11:40am

We’re born, we live for a brief instant, and we die. It’s been happening for a long time. Technology is not changing it much — if at all.

Other Websites and Blogs